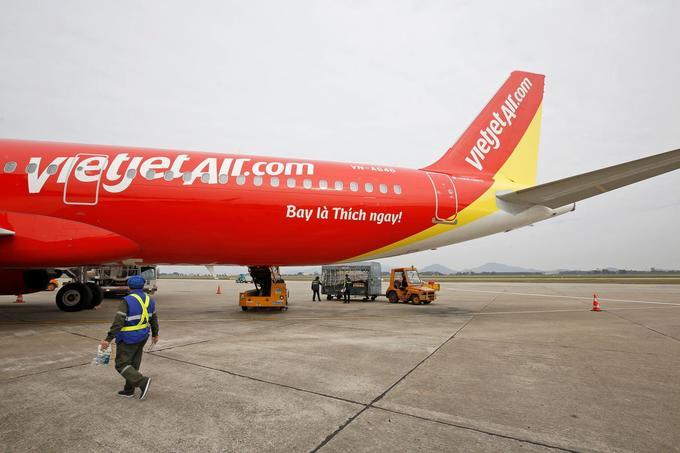 A Vietjet aircraft is seen at Noi Bai International airport in Hanoi, January 2018. Photo by Reuters/Kham

According to securities firm Ho Chi Minh City Securities JSC (HSC), Vietjet made $5 million from each option, or one aircraft. The gross profit recorded from selling options in the first three months for Vietjet was VND924 billion ($39.56 million).

“Vietjet received discounts of 40-60 percent of an aircraft’s listed price by placing bulk orders of 50 to 100 aircraft per order. For instance, according to Airbus’ price list last year, each A321 neo costs $129.5 million, but Vietjet acquired them for just $42-45 million each, equivalent to a 65 percent discount,” HSC said.

Vietjet had ordered 50 A321neo in November last year, raising the total number of A320 Family aircraft ordered by the carrier to 171, of which 46 have already been delivered.

This leaves the airline with 125 aircraft on order with Airbus for future delivery, and these are also a potential source of revenue if Vietjet decides to resell them instead.

“Because of these discounts, Vietjet was able to sell the rights [to receive and possess the said aircraft] to partners at higher prices. It is estimated that options to buy 8 aircraft were sold in the first quarter,” HSC said.

Overall, the company generated a net revenue of VND13.64 trillion ($586 million), an increase of more than 8 percent year-on-year as a result of higher passenger numbers and revenue from auxiliary services.

In the first quarter of the year, Vietjet made over VND1.46 trillion ($63 million) in profit after tax, achieving 26 percent of their annual profit target.