10 Famous Russian Authors You Must Read 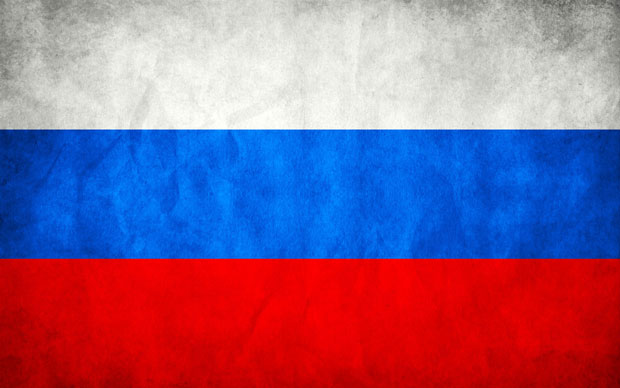 Russia has produced some of the greatest people in the area of literature. The Golden age of Russian poetry began with Alexander Pushkin who is the founder of Russian literary language and is more commonly known as the ‘Russian Shakespeare’. After the Golden age various genres became popular in Russia, starting from poetry, novels, and short fiction stories to literary realism and symbolism. The work of Russian authors varies from romance, satire, religion and politics. Many have written autobiographies about their interesting lives which have become widely popular, while others wrote about the political conditions of the Soviet Union and its role in the world war. Their work has been published and translated worldwide and has attracted many readers. Here is a list of the top ten greatest Russian authors of all time.

Pushkin was the founder of literary poetry during the Golden era of poetry in Russia. He introduced the genre of romantic poetry and novels. His first poem was published when he was only in his teens and soon he was famous throughout Russia. His major work was his novel, Eugene Ongene. Being a romantic hero he died a heroic life as he succumbed to his wounds in a fight with Georges-Charles who tried to seduce his wife.

He was a Russian novelist, writer and dramatist. He used his work to spread awareness about the Gulag, the Soviet Union government agency that administered labor camps. His most famous contributions include ‘The Gulag archipelago’ and ‘One day in the life of Ivan Denisovich’.

He was a novelist and short story writer who was initially rejected by many publishers on his work ‘Father and Sons’ which is now considered a classic. His major publication was ‘A sportsman’s sketches’, a short story collection which aimed at the cruelties of surf society.

He was a Russian-American novelist and entomologist. His first nine novels were in Russian after which he became more prominent and started writing English novels which are very popular worldwide. His much appreciated, controversial novel ‘Lolita’ was written in Russian and English and attained the status of a classic. He was also a finalist for the national book award for fiction seven times.

Bulgakov was a writer, physician and playwright active during the early twentieth century. He was claimed as the most controversial writers of his time and was famous for his satires on the society in Soviet Union. Although he received his education in medicine his inclination to literature lured him towards becoming a novelist. His most significant work is his novel ‘The master and margarita’.

He is acknowledged as the greatest short fiction writer in history. He was initially a physician but after gaining interest in literature and started writing seriously. Therefore he proceeded with his career in medicine as well as writing books alongside. He once said “Medicine is my lawful wife and literature my mistress; when I get tired of one, I spend the night with the other”. His most influential work was ‘The Seagull’ and ‘Uncle Vanya’.

Bunin was the first Russian author who was awarded with the Nobel Prize in literature. He was noted for artistry, realism, poetry and classical traditions. The young writer spent his childhood in some financial crisis due to the head of the family being a gambling addict and therefore could not receive the best of the education. Nonetheless, that did not pull him down and he was able to make way to the top. His most acclaimed work includes; ‘The Village’ and ‘Dry Calley’, his autobiography ‘The life of Arseniev’ and the short stories of ‘Dark Avenues’.

Gogol was a Ukrainian-born Russain dramatist, novelist and short story writer and he was greatly influenced by Ukrainian culture. His masterpiece included romantic sensibility, with strains of surrealism and the grotesque. He is also prominently known for his portrayal of real life characters. The novel Taras Bulba (1835) and the play Marriage (1842), along with the short stories “Diary of a Madman”, “The Tale of How Ivan Ivanovich Quarreled with Ivan Nikiforovich”, “The Portrait” and “The Carriage”, are of his most significant and popular works.

Dostoyevsky was a Russian novelist, short story writer, essayist, journalist and philosopher. His context explores human psychology, which is the study of behavior and mind, embracing all aspects of conscious and unconscious experience as well as thought. Even though he graduated as a military engineer he resigned and joined a socialist group, he was later captured by the police and sent to Siberia. Due to these life changing incidents he became a writer and talked about his experience in prison time and again in ‘The house of dead’, ‘The Insulted and the Injured,’ and ‘Winter Notes on Summer Impression’. He eventually became one of the most widely read and highly regarded Russian writers. His books have been translated into more than 170 languages.

Count Lev Nikolayevich Tolstoy more commonly known as Leo Tolstoy as translated in English was one of the most phenomenal writers in the history of all time. He was a Russian novelist and short story writer, but later in life he also wrote some plays and essays.

His most popular works are War and Peace (1869) and Anna Karenina (1877). He first became popularly known for his semi-autobiographical trilogy, Childhood, Boyhood, and Youth (1852–1856), and Sevastopol Sketches (1855), based upon his experiences in the Crimean War. Later in life he became strongly influenced by the ethical teachings of Jesus and experienced profound moral crisis which urged him to publish some religious scripts. During his last few days he had surprisingly talked about death and a couple of days later passed away due to pneumonia.